Brain, Spine & Sport Specialists has invested in one of the most sensitive force platforms available .  This test measures the sway patterns of individuals in various postural positions (head turned, one and two leg stances) and sensory situations (eyes open, eyes closed).  Testing a person’s ability to orient themselves to gravity and their environment requires multiple systems in the body and is one of the best assessments of global brain and nervous system function.

Posturography in general is a non-invasive specialized clinical assessment technique used to quantify how well a person is able to control posture and balance.  The control of posture and balance,necessitates a complex interaction of sensory, motor and central nervous system processes. The sensory aspect involves vestibular, visual, proprioceptive and somatosensory inputs. The motor aspects include not only the principal skeletal muscles but to a lesser extent almost every muscle in the body. The nervous system aspects include not only the vestibular nuceli but the spine, cerebellum, and practically all the central and peripheral nervous system.

Posturography test protocols quantify the ability of a subject to maintain balance in static and perturbed conditions, usually coupled 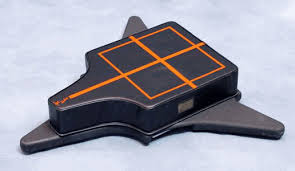 with the ability to test the subject either with or without visual references (eyesopen or closed) or with an environment that gives conflicting visual information. By performing a combination of static and dynamic posturography in different sensory conditions it is possible to quantify how much a subject’s postural control system relies on visual, proprioceptive and peripheral vestibular information to maintain balance.

Analysis of eye movements is a window into almost every area of brain function.  The cerebral cortex, brainstem, and cerebellum can all be evaluated through the testing of eye movements.  In our clinic, we have the ability to assess all types of eye movement functions: holding gaze, pursuing a target or moving the eyes quickly (saccades).

When the brain is injured, particularly with concussion and other traumatic brain injuries (TBI), the areas that are injured like the brainstem can alter how the eyes move.  Speed, accuracy, and reaction time if altered from normal can help us define the extent of your brain injury and central nervous system function. 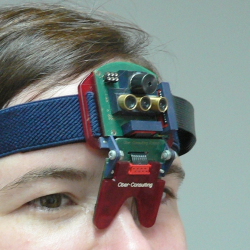 This unit projects laser dots on the wall that you are asked to follow.  The targets travel back and forth and the unit is able through its sensors, to pick up the speed, accuracy, and reaction time of your fast eye movements (saccades).  If any of these parameters are altered, or not balanced from left to right, we can determine which area of the brain is affected.

Impairment of saccadic dynamics is one of the very first signs of nearly every neuromuscular pathology right at its onset, observable long before the appearance of symptoms in other parts of the neuromuscular system. Saccadic velocity is a most sensitive indicator of even slight disturbances within the neuromuscular system. The neural structures that control saccades comprise nearly every level of the brain, and neurological and physiological disorders have a variety of effects on the saccadic eye movements. So by assessing saccades, specifically the eye speed and reaction time, we are assessing the brain and its function as well as assessing the neuromuscular function of the body, balance within the right and left cortical hemispheres, and information processing. 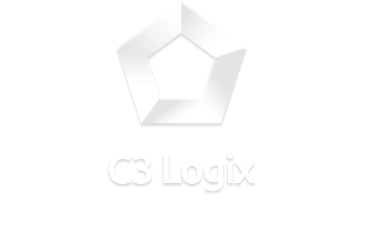 We utilize a cutting edge technology in our traumatic brain injury protocols and baseline concussion assessment. It is an iPad based
program that goes beyond the standards in place in concussion management in today’s health care. C3 Logix is the only concussion management system that manages the whole condition instead of merely a singular domain specific test like ImPACT.

C3 Logix is a multiple-domain testing platform that not only has a neurocognitive portion like ImPACT, but also tests NEUROMOTOR, VISUAL,VESTIBULO-OCULAR REFLEX, and BALANCE. C3 Logix was developed, built, and validated at the Cleveland Clinic’s Concussion Center by their team of multi-disciplinary doctors about 4 years ago. Today it’s the only mobile based concussion management system that assess 6 different domains for baseline and post injury assessments. C3 Logix is the standard of care at the Cleveland Clinic’s Concussion Center and now is a part of our “Brain, Spine & Sport” Center. Besides its use in dozens of high schools, it is also used at the University of Texas, University of Oklahoma, TCU, Kansas U., Kansas State U., and Iowa State (this is 6 of the Big XII schools). Also, it is now in place at University of Nebraska, Penn State University, LSU, Texas A&M, University of South Carolina, Notre Dame, NC State and numerous Department of Defense pilot programs.

This assessment tool is not only used in all of our TBI/Concussion patients, but we use it in all of our neurologically based patients, especially if there is suspicion of brain involvement like memory issues, Parkinson’s, Alzheimer’s and other NEURODEGENERATIVE conditions.