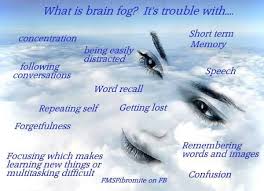 When talking about BRAIN INFLAMMATION, you cannot leave out of the discussion of the concept of LEAKY GUT; whenever there is GUT inflammation, there will be inflammation in the brain.  In order to deal with one, you MUST deal with the other.

Once the inflammation is handled, then you have to identify the EXACT pathways in the central nervous system that have been hurt by the inflammation and rehabilitate them with “receptor based” therapies.